12 Fragrances that could make you more productive

12 Fragrances that could make you more productive

Have you ever walked past a certain aroma and instantly experienced a flashback to your childhood?

The sense of smell is closely linked with memory, probably more so than any of our other senses. As smells enter our noses, the chemical makeup of those smells trigger nerves in what is called the Limbic system. This prehistoric part of our body contains functions that help the brain associate smells with memory and experiences. Largely we have evolved to ensure that our recognition of smell allows us to survive and the limbic system is colsely corelated to areas of the brain that control mood, memory, behaviour and emotion.  It is often regarded as being the old, or primitive, part of the brain, because these same structures were present within the brains of the very first mammals. Knowing this helps us to understand why smell plays such an important role in memory, mood and emotion.

When you hear, touch or taste something, your brain processes the sensory information first before that of mood and memory, often the result ensures that you are aware of the taste or sound before you form a memory of that taste of sound. Smell on the other hand bipassses this process entirely. As odors are routed directly, they are more slosely linked to memory and can explain why aromatherapy can have such a profound effect on our emotion.

In 2016, this study finds that certain scents that evoke positive autobiographical memories may be able to also lift the mood and reduce stress. There are scores of other studies that show scents affect things like memory, concentration, sustained attention and cognitive function to improve productivity.

To help you throughout the day, here are some of the most powerful aromatherapies known to help boost your productivity and some key fragrances you can find them in. 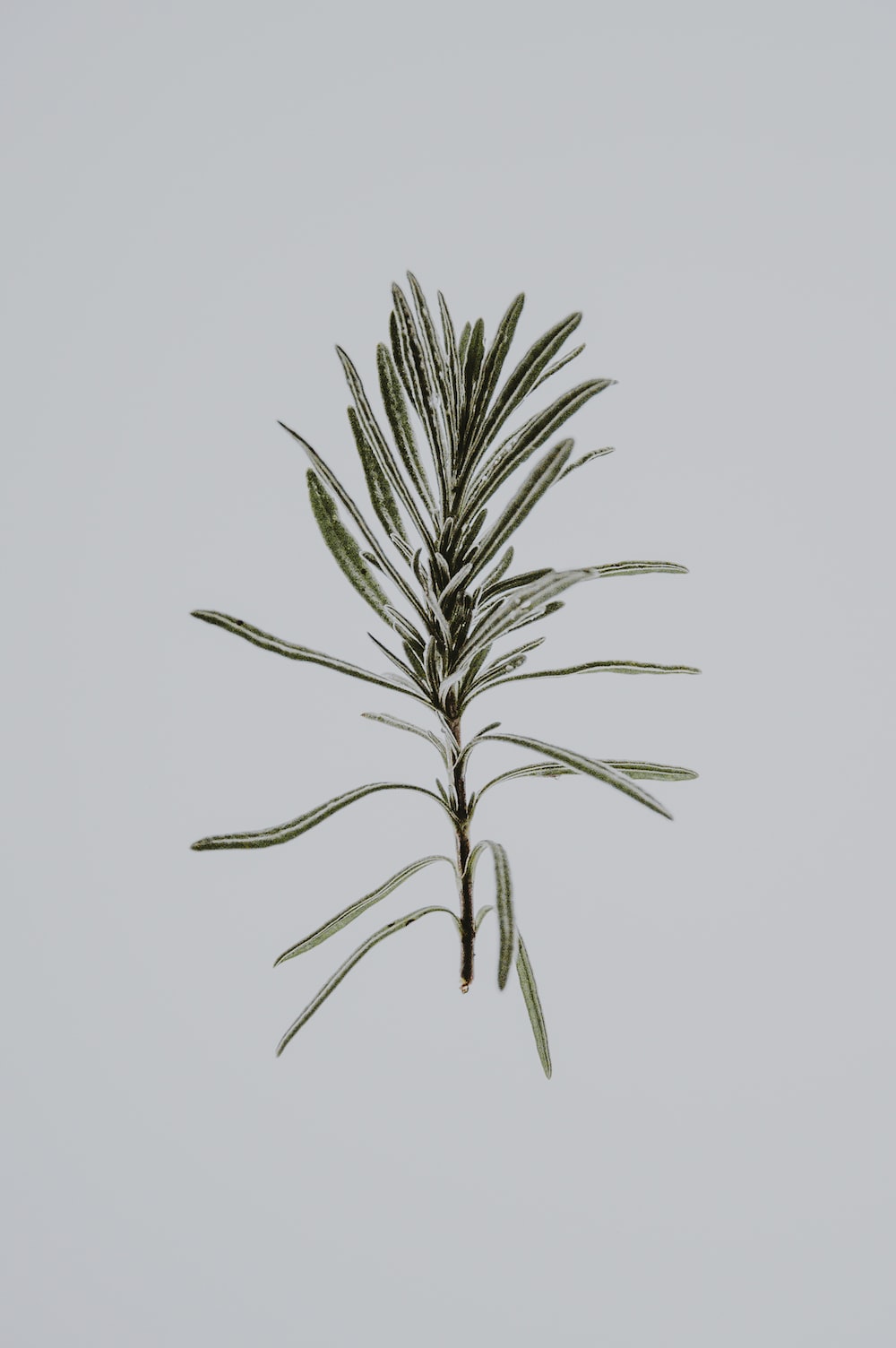 Photo by Annie Spratt on Unsplash

A herb most commonly found in the heart of the meditareanean kitchen can also be found at the heart of Sicilian Limes by Shay & Blue. Bursting with fresh notes of Italian hills rosemary is know to have a positive effect on memory. It also increases alertness in individuals exposed to the odor — the perfect combination to help you bounce out of bed and prepare for the day ahead. 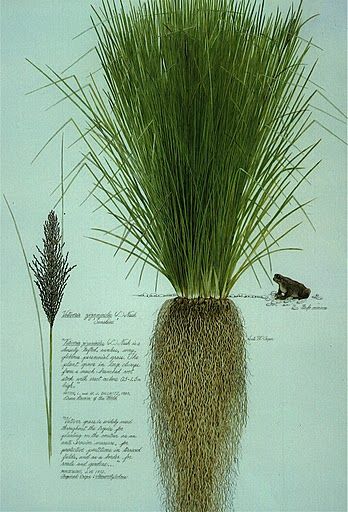 In need of space and time to concetrate? Then Watermelon could be the fragrance for you. With clipped green Vetiver in the base notes this fragrance by Shay & Blue give a long lasting freshness after an initial bounce of Sumertime. Vetiver (a type of fragrant grass) contains components that increase oxygenation of the cells in the brain. ADHD participants who inhaled it regularly experienced improved brain patterns and decreased symptoms, suggesting it may aid in concentration. 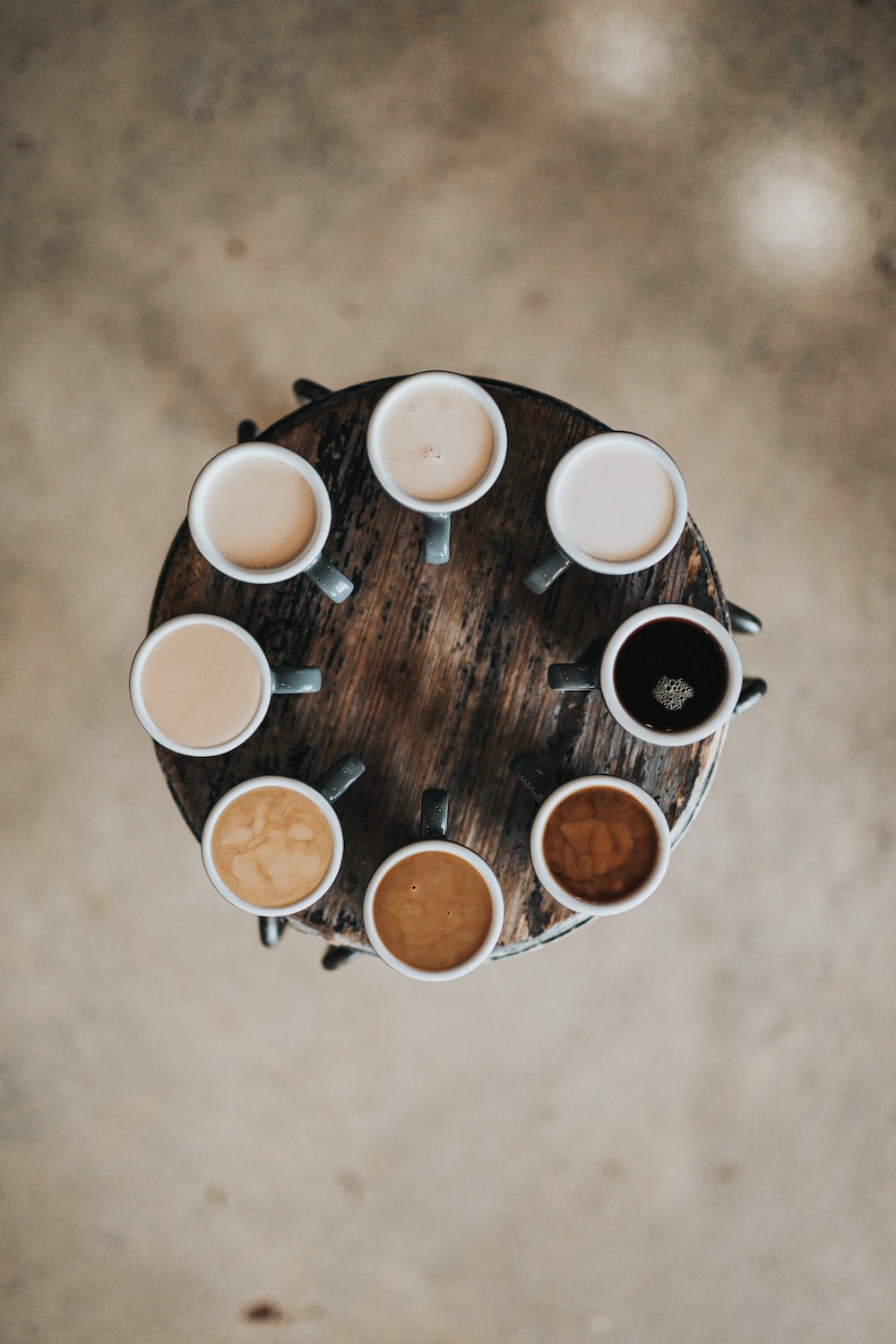 Photo by Nathan Dumlao on Unsplash

It’s well known that ingesting coffee can promotes wakefulness, but its scent can also increase alertness. Voulez Vous - a fragrance with an irresistible mix of flowers, vanilla and espresso could help. In fact, students who smelled coffee performed better on analytical reasoning tasks. The smell had a similar effect to if they had ingested the coffee. 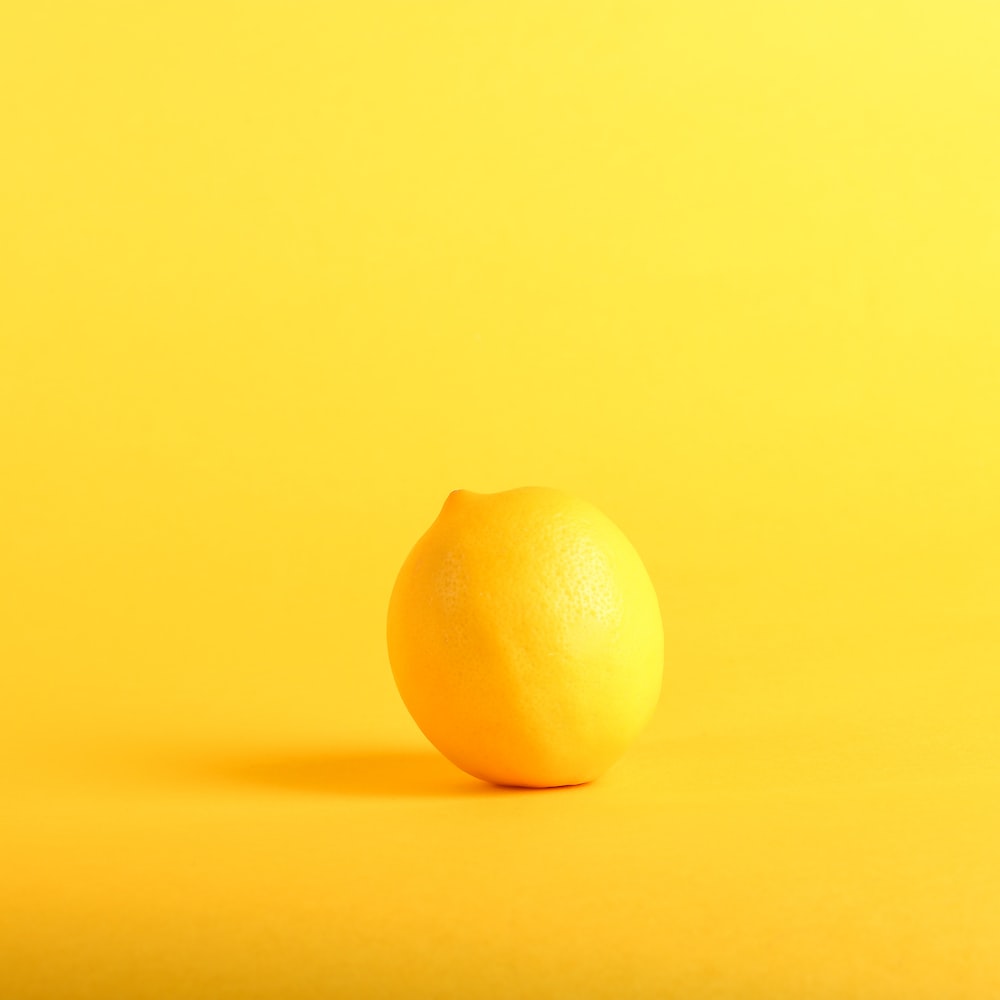 Photo by Giorgio Trovato on Unsplash

The tangy scent of lemon arouses the senses and improves cognitive function. In one study, it also caused participants to make 54 percent fewer errors when typing. Use lemon to help you power through that long proposal! For a long reaching burst of characterful lemon chosse Blackberry Woods its sensual and woody and conjours up many memories. 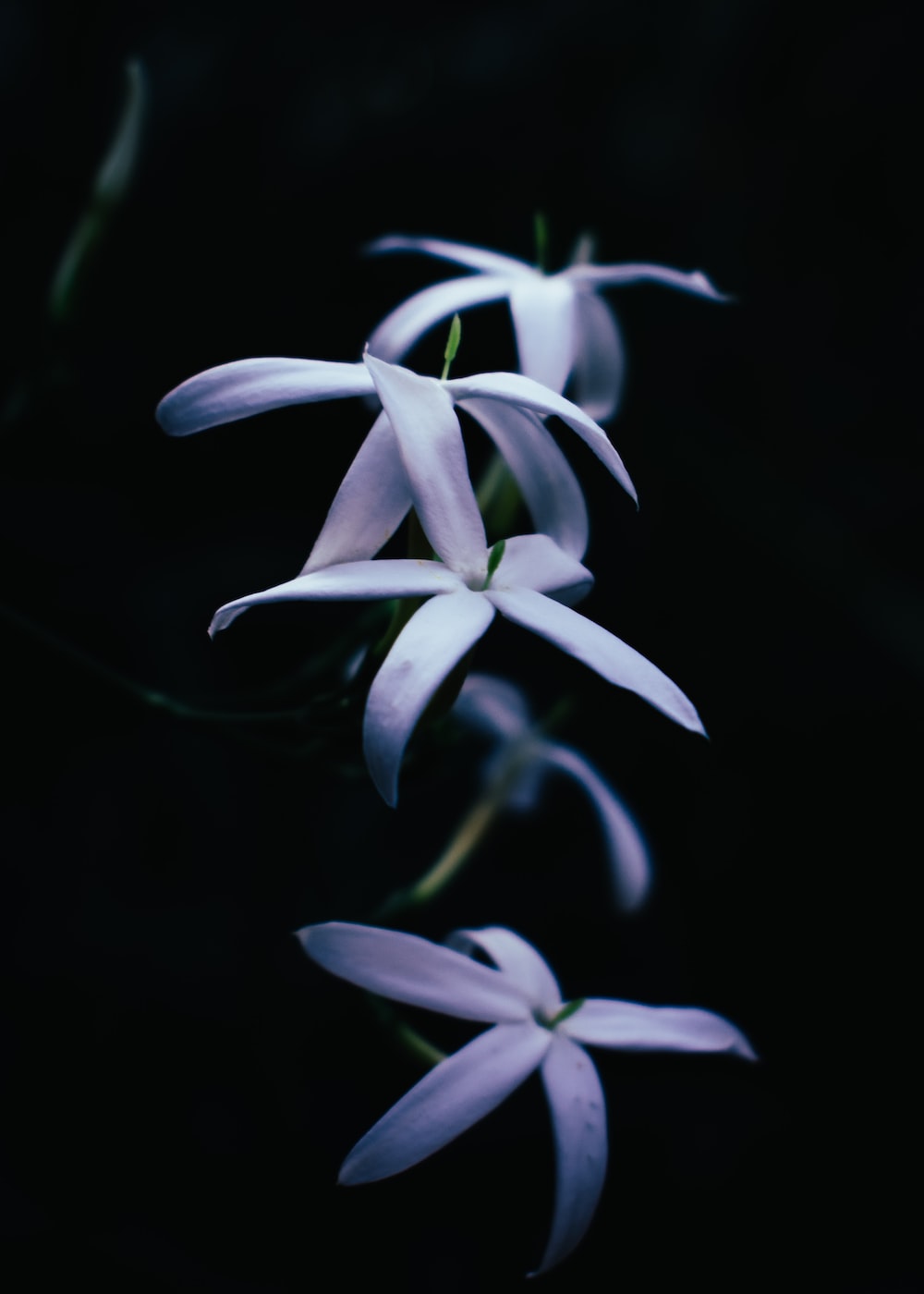 Photo by Bibi Pace on Unsplash

The smell of jasmine has a stimulatory effect on the nervous system. It’s used to re-energize and promote a sense of well-being and a positive mood. Sniff it during a break for an instant refresher. Why not light a candle or use an invigrating hand wash to reignite your sense of stimulation. Atropa Belladonna by Shay & Blue is Heady and mesmerising. A ‘trippy’ fragrance; not just for Hippies. Cassis berries and jasmine dance with layers of depth from patchouli and vanilla. Undeniably seductive and bound to get you back to you. 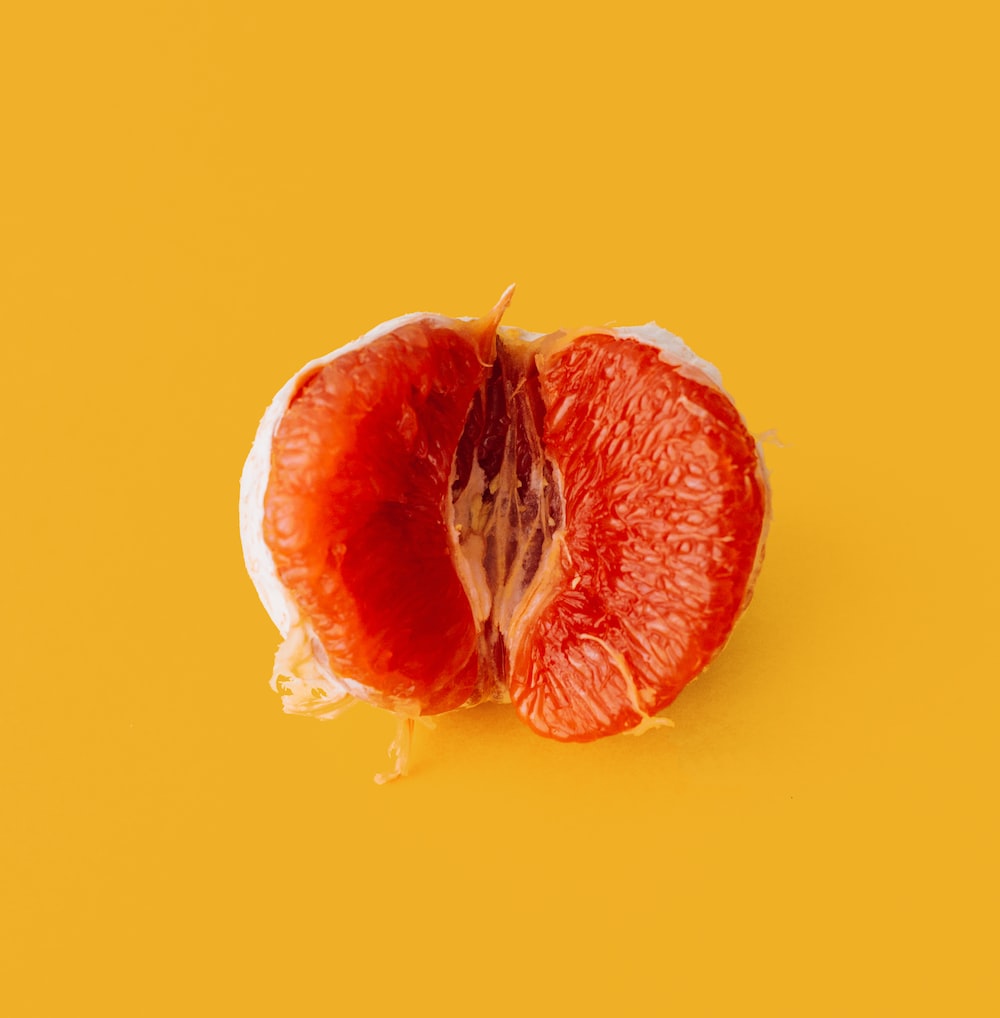 Photo by Charles Deluvio on Unsplash

Bright, light citrus aromas are helpful for staying awake and alert. In one study, exposure to the scent increased physical activity and shortened response time in participants. Take a whiff in the afternoon lull to power up again. 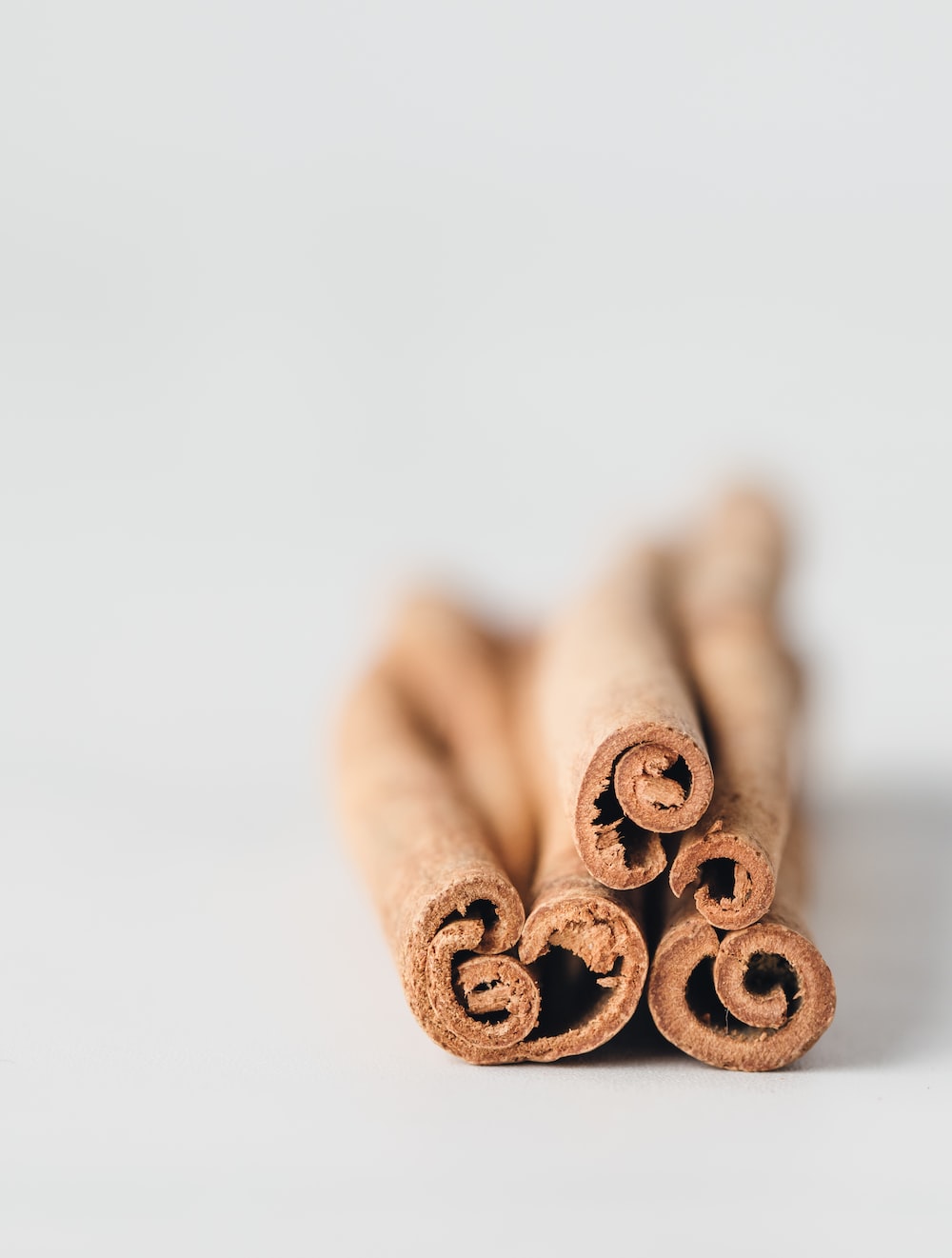 Photo by Heather Barnes on Unsplash

Researchers find that the scent of cinnamon improves performance on tasks that require heightened attention. It also increases motor response speed and improves memory. At Shay & Blue we use a Naturally derived fragrance called Benzyl Cinnamate to give our fragrances a spicy and wood note which can be found in Blood Oranges, Salt Caramel and Blackberry Woods. 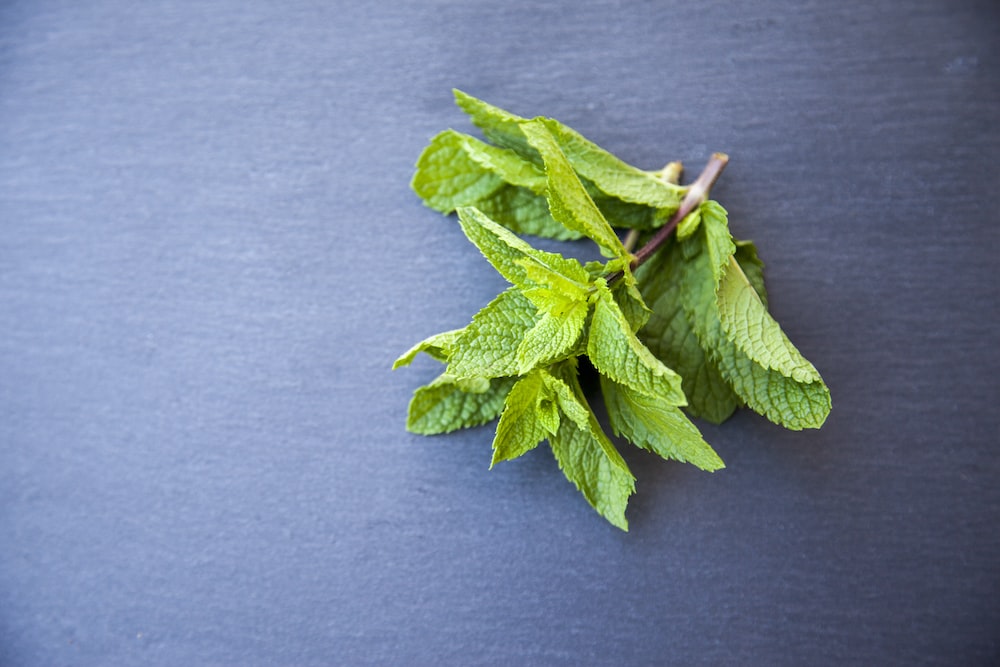 Photo by Shaun Meintjes on Unsplash

When given a whiff of peppermint essential oil, subjects of one study showed improved sustained attention, allowing them to concentrate on demanding tasks for longer. It also enhances the accuracy of memory and increases alertness. 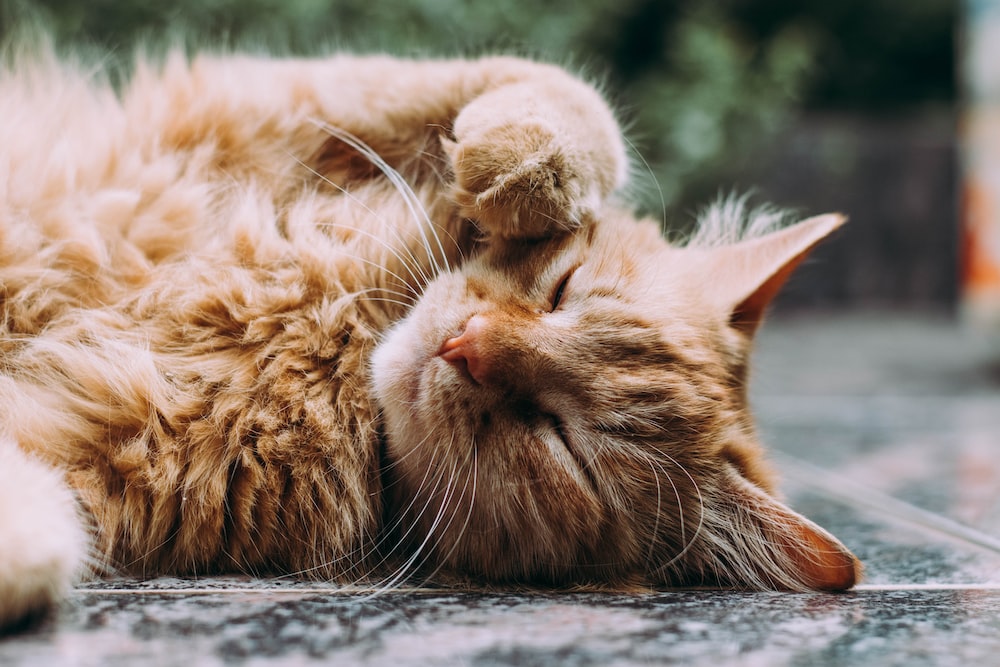 Photo by Ludemeula Fernandes on Unsplash

Less of the cat variety, but more the sharp, aromatic smell of ginger fights fatigue and eases pain. It’s the perfect combination to help you power through a deadline or write complex code. 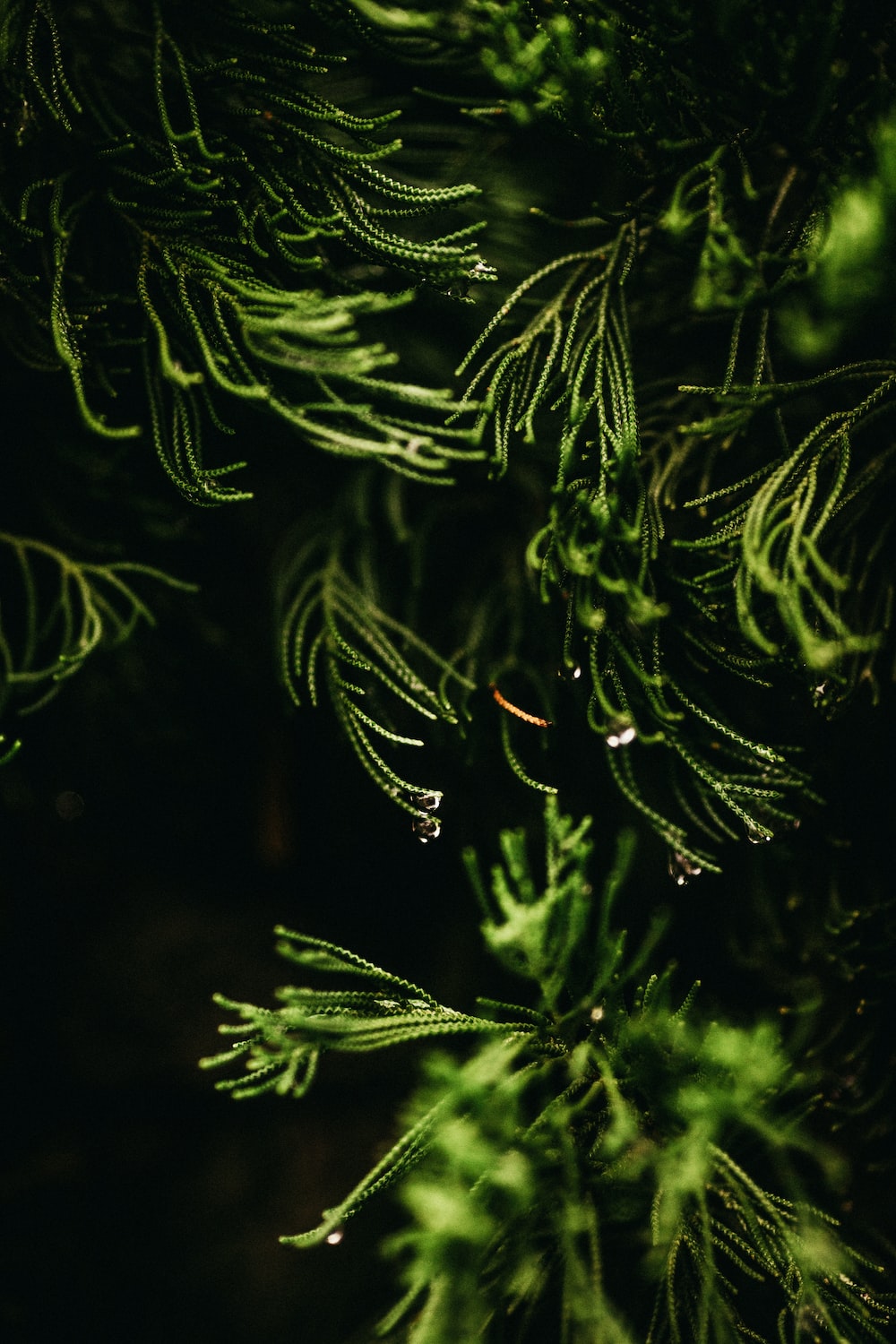 Photo by Jonathan Borba on Unsplash

In one Japanese study, walking through a pine forest reduced stressed for those involved. This limited edition pine candle from Shay & Blue could elevate your mood as pine also has an antidepressant effect. The scent can increase alertness and help clear the head to allow focus for the task at hand. 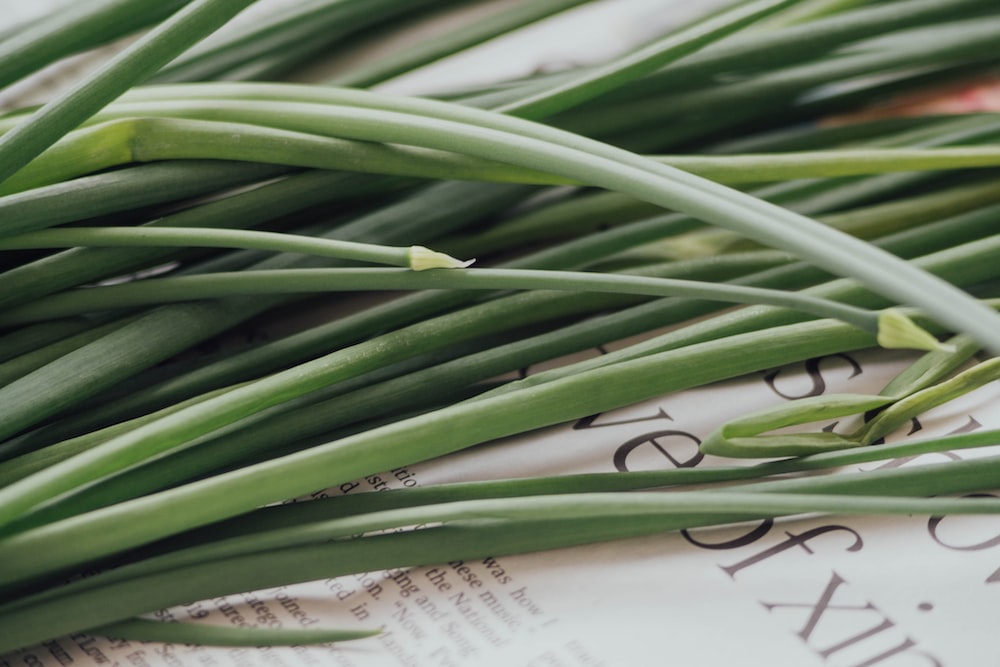 Photo by chuttersnap on Unsplash

Helpful for winding down after a long day, lemongrass in Blackberry Woods eases anxiety and can reduces stress. Using it allows the brain to relax and prepare for the next day. 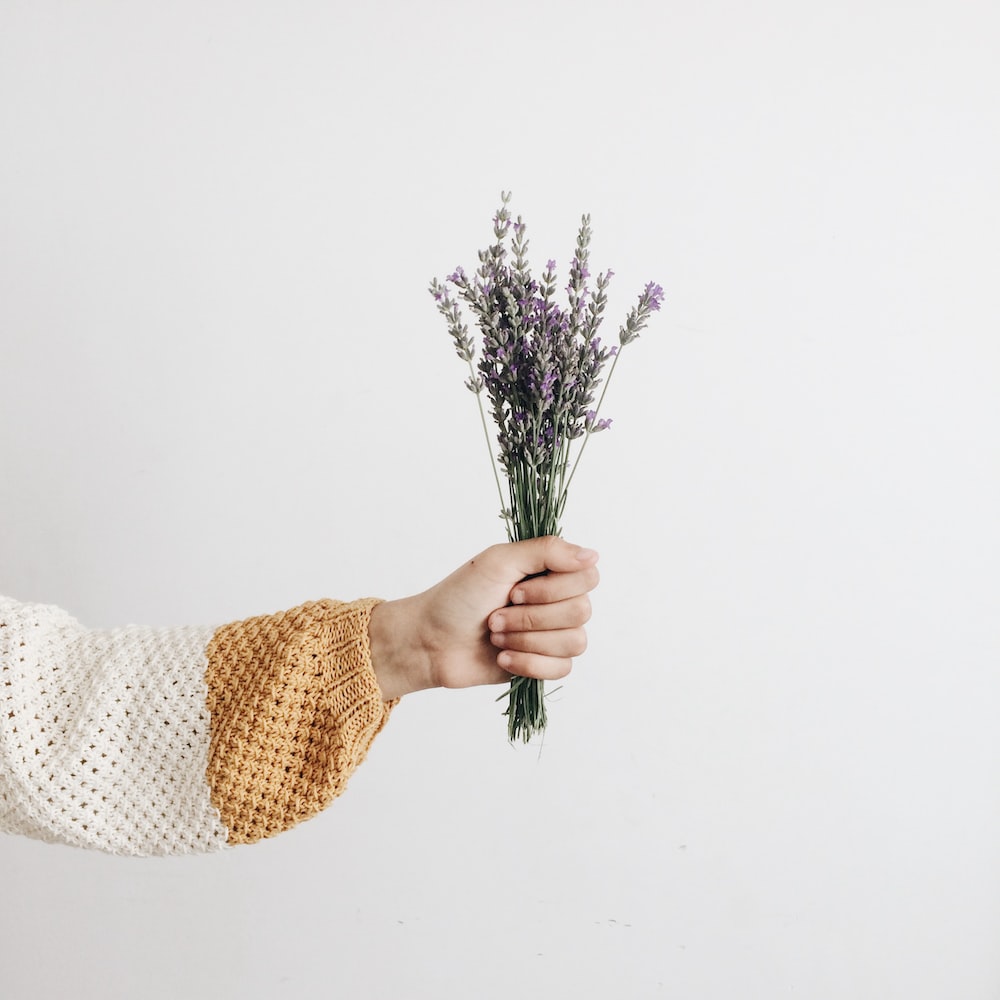 Photo by rocknwool on Unsplash

Sweet-smelling lavender improves concentration by recharging the brain during rest time. This allows you to return to work more revived than you would be otherwise.

Using fragrance as a productivity hack is not one of the most common ways to increase efficiency, but it not only can work but also offers multiple emotional benefits. The best part is that these scents are so accessible. Available in a wide variety of artisan perfumes by Shay and Blue.